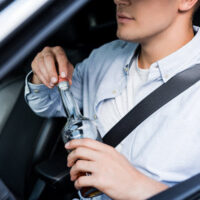 In Pennsylvania law, a summary offense is a violation of the law that is less severe than a misdemeanor.  Most traffic violations are summary offenses; only the most dangerous ones, such as drunk driving, are misdemeanors or felonies.  It is still a good idea to hire a criminal defense lawyer for traffic court when you get a citation, however.  By fighting a traffic ticket in court, you can avoid getting points on your license, which can lead to a driver’s license suspension.  If you get convicted of a summary offense, including the summary offense of possession of an open container of an alcoholic beverage in a motor vehicle, the court has the option of imposing a jail sentence of up to 90 days in jail, in addition to a fine of up to $300.  If you have gotten a traffic ticket for possession of an open container of alcohol, contact a Pittsburgh traffic violations lawyer.

When and Where Is It Legal for Open Containers to Be in Your Car?

In the following circumstances, it is legal to carry open containers, and even to drink alcoholic beverages, in motor vehicles:

On July 13, law enforcement in the Youngstown metropolitan area conducted a traffic stop on Patti Fitzpatrick, because she had an open container of beer in her car.  Fitzpatrick, 35, was arrested four days later for disorderly conduct when she was walking in the street and behaving erratically.  She admitted to police that she had consumed alcohol and drugs before the incident, but she was not driving and did not have any drugs in her possession, so she did not face any charges for drug possession or DUI.  A pretrial hearing has been set for August 23 for her case.  In situations like this, especially when the defendant has no prior criminal record, the courts often order defendants to complete substance abuse treatment programs.

A traffic violations defense lawyer can help you if you are facing charges for a traffic offense such as speeding, reckless driving, or possession of an open container of an alcoholic beverage in a motor vehicle.  Contact the law offices of Gary E. Gerson in Pittsburgh, Pennsylvania about your case.