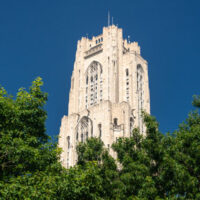 It is possible to get arrested just for being in the wrong place at the wrong time.  If you see a “no trespassing” sign outside of a business, it is best not to go there outside of its posted business hours, and if you see such a sign outside of a private residence, it is best not to go there except when someone invites you.  Even if it is not against the law for you to set foot on a certain property, you can still get criminal charges for being there if the police decide that you were there for malicious purposes.  In most cases, it is impossible to tell what someone’s intentions of going to a certain residential neighborhood or public place are, and the accusations against the person are subjective at best.  Everyone who knows you understands that, if someone calls the police because you were just minding your own business at a venue that is open to the public, the problem is not with you but with the person who called the police about you.  If you are facing criminal charges for trespassing or loitering and prowling, contact a Pittsburgh criminal defense lawyer.

Is It a Crime to Go for a Walk at Night?

Pennsylvania Consolidated Statutes Section 5506 defines the crime of loitering and prowling at nighttime as maliciously standing still (loitering) near a residential building where one does not live or maliciously walking (prowling) near such a building at night.  Loitering and prowling at nighttime is a third-degree misdemeanor.  Whether or not you are a resident of the building you were walking near is a question with a clear answer, but whether you were doing so maliciously is not.  You may be able to use the defense that you were simply going for a walk.

In September 2021, a University of Pittsburgh student called the police and said that a man was nearby, staring at her and her friends.  It appears that students from the university had complained about the same man’s presence on campus before.  When police arrived, they approached Erik Robert Demarco, and he fled on foot, but the police caught up to him and arrested him.  Now Demarco, 36, is facing criminal charges for trespassing and misdemeanor charges for fleeing from police and for loitering and prowling at nighttime.  The TribLive website did not specify where on the university campus the students saw Demarco, how many times they saw, or what he was doing that led the students to believe that his intentions were malicious.

There is nothing illegal about going for a walk on a university campus where you are not a student.  A Pittsburgh campus crime lawyer can help you if you are facing criminal charges for loitering and prowling at nighttime on a university campus.  Contact the law offices of Gary E. Gerson in Pittsburgh, Pennsylvania about your case.