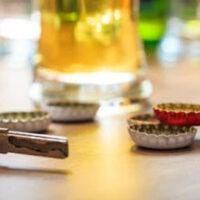 A lot of people go through life thinking that criminal court is somewhere they will never go, but anyone can get arrested and face criminal charges.  Getting arrested for drunk driving feels more like getting a traffic ticket than it does like your first foray into a life of crime.  In fact, you can get criminal penalties even for a first time DUI citation.  For that matter, judges and voters are starting to realize that treating people like incorrigible criminals does more harm than good.  For many nonviolent crimes, including first offense DUI, Pennsylvania defendants have the option of participating in pretrial diversion programs such as Accelerated Rehabilitative Disposition (ARD).  If you complete these programs successfully, you can have the charges dropped and walk away without a conviction on your record.  A Pittsburgh DUI lawyer can help increase your chances of successful entrance into and completion of these programs.

Pennsylvania offers the ARD program to defendants who have no prior criminal record and who are being charged with nonviolent offenses.  For a DUI case to be eligible for ARD, it must satisfy the following criteria:

When your case is accepted to ARD, you must complete certain requirements to avoid getting a conviction of your record.  The requirements typically involve six months to a year of probation, in addition to community service, paying restitution to anyone whose vehicle you damaged, and completing substance abuse counseling.  Upon successful completion, the court will drop the charges.  If you drive drunk or otherwise break the law during the ARD program, your participation in ARD will be revoked and your case will proceed just like any other criminal case.

Bob Regola served in the Pennsylvania State Senate from 2005 until 2008.  In October 2021, he was pulled over on Route 130 in Penn Township after a police officer observed Regola’s vehicle drifting in and out of its lane.  Regola refused a breathalyzer test at the scene of the traffic stop, but he consented to a blood test upon arrival at the hospital.  The blood test revealed that Regola’s blood alcohol content (BAC) was 0.18, which is more than twice the legal limit of 0.08.  Since time passed before the blood draw, his BAC was probably even higher when he was first pulled over.  As of March 2022, Regola, 59, is participating in an ARD program which includes a year of probation.

A DUI defense lawyer can help you go through ARD instead of through criminal court after your drunk driving arrest if you have no recent DUIs.  Contact the law offices of Gary E. Gerson in Pittsburgh, Pennsylvania about your case.

By Gary E. Gerson | Posted on May 4, 2022
« Man Faces Charges For Loitering And Prowling On University Of Pittsburgh Campus
Father Of Five Sentenced To State Prison, Followed By A Federal Prison Sentence »