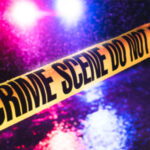 As Pennsylvania reopens in phases, the question remains as to how safe we actually are.  The stay-at-home orders helped to slow the spread of the COVID-19 virus to the point that the state government has deemed it safe to reopen some previously shuttered businesses in most Pennsylvania counties.  Although the weeks of social distancing… Read More » 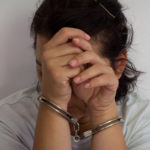 The Sippy Cup Murder: A Case of Child Endangerment and So Much More

Almost any criminal offense is subject to more severe penalties if the victim is a child.  For example, you can get a traffic ticket for failing to wear a seat belt, but transporting a child in a car without an age-appropriate child car seat is a more serious offense.  Likewise, sending a text message… Read More »

Two friends were drinking in a bar in Bloomfield when a fight began. Within seconds, one man was dead and an ex-cop from the Pittsburgh Police sat back down at his seat and waited for police to arrive. The ex-cop’s murder trial will began last week, as the shooter is being charged with killing… Read More »

A man from Fayette County who stabbed and killed his cousin outside of the Goal Post bar in Fairchance, PA bar will serve eight to sixteen years in a state penitentiary. The 24-year-old man apologized to the judge before his 3rd degree homicide sentencing for the murder of his 21-year-old cousin. He told the judge,… Read More »

On Wednesday, a woman from Berlin, PA was charged with vehicular homicide and involuntary manslaughter after a 25 November 2014 death of a Shanksville woman near the Flight 93 Memorial Chapel. State police in Somerset County filed the charges against the 34-year-old woman with the district judge. In addition, the woman was also was… Read More »

North Side boy shot by step-father in accident

Violent crimes such as homicide and manslaughter, whether intentional or not, result in some of the strictest penalties we have in the United States. Accidents happen, and if you are unfortunate enough have a grave accident such as this happen to you, you will need a quality criminal defense attorney who can help you through… Read More »

At The Law Offices of Gary Gerson, we take the phrase “innocent until proven guilty” very serious. People who are accused of violent crimes such as murder, weapons charges, and assault have the same right to representation as anyone else. If we are able to help people who have been wrongly convicted or who… Read More »

Murder charges against juvenile in Pittsburgh

When juvenile crimes are violent crimes, there is always a debate about whether or not the child should be charged as an adult, especially in the case of murder and premeditated murder. What we have found over the years, however, is that even when the crime is found to be premeditated murder, the minor committing… Read More »

Suspect in murder of teen still at large

Committing violent crimes, such as murder—be it first, second, third degree, or involuntary manslaughter—will land you in jail for a very long time, especially if it is found to be premeditated, first degree murder. If you have been arrested for a violent crime such as murder you will need an experienced criminal defense attorney to… Read More »