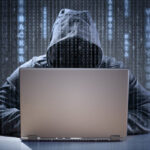 Data breaches are a nightmare for businesses.  When someone hacks into the computer network of a company and steals the personal identity information, bank account numbers, and credit card numbers stored on computers belonging to the network, the financial losses can be enormous.  The customers and employees whose data got stolen can sue the… Read More » 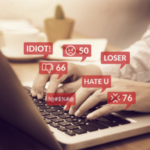 Complaining about the Internet habits of the youth has been a favorite hobby of parents since the mid-90s, when those America Online CDs used to arrive in the mail, and during the pandemic, with kids and parents stuck in the house all day, connected to the outside world only by a Wi-Fi connection, it… Read More »

A teenager in Pennsylvania is facing criminal charges after allegedly posting secret grand jury information on his Internet social media page. The 17-year-old has been charged with Internet crimes in connection with the case, as investigators work to understand how the young man got his hands on the evidence. The young man is slated to be… Read More »

The alleged perpetrator of a serious Internet data crime has been released from custody. The man, who calls himself “Weev” online, was charged with an Internet crime after reportedly stealing personal data from more than 100,000 Apple iPad users — perhaps including some from Pennsylvania — several years ago. He had been sentenced to 41 months… Read More »

A Pennsylvania man from Upper Moreland has received a modest jail sentence after pleading guilty to a serious of sex crimes. The 31-year-old man reportedly pleaded guilty to sex abuse of children, along with Internet-related crime including possessing child pornography. In exchange, he will serve only eight to 23 months in the local county jail…. Read More »

An attorney from Pennsylvania is accused of internet crimes after allegedly taking more than $1.7 million from the estate of one of his clients. The man, age 70, is accused of using the Web to divert money from his client’s account into those of the law office during the period from December 2005 and October 2011…. Read More »

A 28-year-old financial analyst from Pittsburgh is facing charges for fraud after he reportedly fleeced scores of buyers out of computer purchases on eBay. The man may have made tens of thousands of dollars through the process, during which he allegedly sold computers and then sent buyers the empty boxes. Authorities say the man could have… Read More »

Cyber-bullying could become a crime

Cyber-bullying has been a hot topic in public health and education communities during recent years, as an increasing number of teens take their own lives or suffer serious psychological effects because of the actions of their tormentors. After one Pennsylvania teen committed suicide by walking in front of a tractor-trailer, it was discovered that… Read More »

There are two sides to every coin; and if we make the “coin” in this statement “the internet,” then the two sides could not be further apart. A lot of good can be done over the internet; and there can also be some truly bad things that occur because of the internet. The question… Read More »