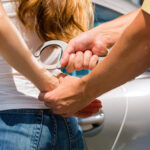 The county jail is an unpleasant place, to be sure, but if there is anything to be said in its defense, it is that no one stays there for very long.  Jail sentences are usually for misdemeanor convictions, and the sentence usually lasts less than two years.  No one serves a life sentence in… Read More » 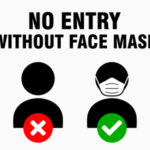 Sesame Street has an outsized reputation for modeling kindness for children, but 2020 has called into question almost everything we thought we knew.  Everyone is frustrated with the pandemic and the quarantine, so one would expect that, when theme parks finally opened this summer after being closed for months, that guests would appreciate them… Read More »

Indiana man charged with assault, other violent crimes in stabbing

Criminal charges for violent crimes such as assault and battery can land a person in jail for a very long time. Recently, in Blairsville, PA, a man was stabbed several times with his own bayonet late last Saturday evening during an altercation is now being charged with violent crimes. Police say the man was attempting… Read More »

The California University of Pennsylvania football saga continues and it may be getting worse. A judge from Washington, D.C. has revoked the bond for a Cal U football player who is currently waiting to be sentenced for a 2014 New Year’s Day hit-and-run accident that left a pedestrian on a bicycle in a coma with several… Read More »

Cal U resumes football season after players arrested for assault

The interim president of Pennsylvania’s California University decided to allow the football season to continue after six players were arrested for assault last week. However, she is currently reviewing the football program due to the outcry of people in the California community and others who are upset about what happened to the victim. That victim was… Read More »

Criminal defense for assault is a fairly common thing in western PA and throughout the United States, but when five promising young athletes at a local college are arrested for assault, it’s a story to which everyone wants answers. California University of Pennsylvania has cancelled this week’s football game after five of its players—ages 19… Read More »