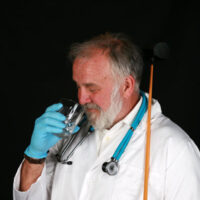 Insurance companies and personal injury lawyers appear to look at fatal DUI car accidents as number puzzles.  This is all part of their job description, determining the chances that the victim would still be alive if he had been wearing a seatbelt and perhaps even assigning a share of the fault for the accident to the car manufacturer, the city or county responsible for the road where the accident took place, or even the bar where the drunk driver consumed alcohol in the hours leading up to the accident.  The purpose of all of this is to determine how much money to award to injured victims or to the surviving relatives of victims who died in the collision.  From the perspective of the criminal court, though, the relevant question is whether your actions caused the accident and therefore caused injury or death.  In other words, the details of civil lawsuits related to DUI accidents all seem like unimportant minutiae, and the money at stake just seems like pieces of paper or numbers on a screen, when you are facing a possible prison sentence after causing a serious traffic accident where alcohol was involved.  If you are facing criminal charges after an alcohol-related car accident, contact a Pittsburgh DUI defense lawyer.

When you do not cause an accident, the penalties for driving under the influence of alcohol (DUI) vary according to how high your blood alcohol content (BAC) was at the time of the accident and whether you have any previous DUIs on your record.  If the accident involves severe injury or death, however, that is all that matters.  Homicide is homicide even if you were only driving a little bit faster than the speed limit, and even if your BAC was only slightly above 0.08 percent.  According to Pennsylvania law, vehicular homicide while DUI is a felony punishable by three to ten years in prison.

In July 2022, two emergency physicians from Pittsburgh, Joseph Yanta and Douglas Rockacy, played golf together at a golf course and then dined and drank at a pizzeria.  Afterwards, Yanta was driving Rockacy home; Yanta allegedly drank six alcoholic beverages that evening before driving.  He was driving downhill on a road where the speed limit was 35 miles per hour, but according to data recorded by his car, he was going 128 miles per hour when he hit a mail box, causing the car to fly off the road.  Rockacy, who was not wearing a seatbelt, was ejected from the car and died at the scene.  Yanta’s BAC was 0.17, more than twice the legal limit, when police arrived at the scene.  Yanta is facing charges for involuntary manslaughter, vehicular homicide while DUI, and reckless driving.

A criminal defense lawyer can help you if you are facing criminal charges for causing a collision while driving under the influence of alcohol.  Contact the law offices of Gary E. Gerson in Pittsburgh, Pennsylvania about your case.