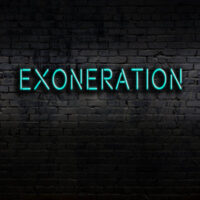 The “no double jeopardy” clause in the Fifth Amendment to the Constitution means that, once you are acquitted of a crime, the state or the federal government can never prosecute you for it again.  If you plead guilty, you can appeal your conviction but not your sentence.  If you plead innocent and then are convicted at trial, however, you can spend every minute trying to prove your innocence until you regain your freedom either because you have completed your entire sentence or because you have persuaded the court that you are not guilty.  Exoneration is where a court declared a defendant innocent of a crime after declaring him or her guilty of the same crime.  It takes a lot of work to get a court to exonerate you, and some organizations, such as the Innocence Project, devote all their resources to searching for and presenting evidence to exonerate wrongfully convicted defendants.  A Pittsburgh criminal defense lawyer can help you avoid a wrongful conviction if you are currently being accused of a crime and can help you present evidence to overturn an existing conviction.

In 1970, when he was 14 years old, Steven Crawford was accused of killing another teen who lived in his neighborhood.  Prosecutors offered him a plea deal which would have allowed him to serve seven years in prison and be free in 1977, but, maintaining his innocence, Crawford rejected the plea deal.  It took 28 years for Crawford and his attorneys to persuade the court that the testimony that a county detective, a state police officer, and a police chemist had presented at his trial was false or unreliable.  From the time of his release from prison in 2002 until his death in 2016, he spent all his time and money helping young people stay on the right side of the law, whether by deescalating fights or just being a buddy to everyone in his neighborhood, and to standing up for wrongfully accused people, such as when he would stall tow truck drivers to give drivers time to return to the parking lot and move their illegally parked vehicles.

The Dauphin County prosecutor’s office has appointed Joshua Lock to review the cases of defendants who claim that they were wrongfully convicted.  Lock once served as a defense attorney for Steven Crawford and found the briefcase that contained the exculpatory evidence that led to Crawford’s release from prison.  Several other counties and cities in Pennsylvania, including Philadelphia, already have defense lawyers fulfilling roles like Lock’s.  Lock is currently reviewing the cases of 66 defendants who claim that they are innocent even though juries convicted them at trial.

Contact Gary E. Gerson About Hope After a Guilty Verdict

A criminal defense lawyer can help you persuade the court of your innocence if you have been wrongfully convicted of a crime.  Contact the law offices of Gary E. Gerson in Pittsburgh, Pennsylvania about your case.

By Gary E. Gerson | Posted on January 3, 2023
« Harrisburg Resident Faces Criminal Charges For Threatening Parishioners During Church Service
Pennsylvania’s Good Samaritan Laws Are A Good Start, But They Still Have Too Many Loopholes »