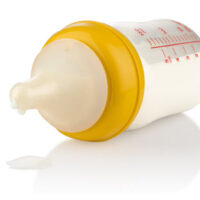 Can You Be Released on Bail in an Involuntary Manslaughter Case?

The court will release you on bail until your trial, unless they have a reason to keep you behind bars; the decision about the bail amount, and whether to set bail at all, depends on a variety of factors, only one of which is the seriousness of the charges you are facing.  The court may choose not to release you on bail if there is a high risk that you will try to intimidate witnesses or destroy evidence related to your case, or that you will flee and not attend your trial.  Likewise, if you were on probation at the time of your new alleged crime, this increases the chances that you will be detained without bail until your trial.

On July 3, 2020, Jeremy and Heather Frazier of Mount Airy called 911 because their two-month-old son Grayson was unresponsive; the child was pronounced dead shortly after arriving at the hospital.  Following an investigation, authorities determined that the child had died from an opioid overdose, and they found traces of fentanyl on his baby bottle.  The parents had allegedly been handling and injecting heroin and fentanyl in the same bathroom where they prepared the baby’s bottles.  In July 2021, the parents were arrested.  Heather was released after posting $20,000 bail; Yahoo news did not specify whether she has had any other criminal convictions. Jeremy is being held without bail, since, at the time of Grayson’s death, Jeremy was serving a probation sentence for domestic violence and had pending charges for vehicle theft.  Both parents are currently facing charges for involuntary manslaughter; news reports have not indicated whether they have entered a plea.

A Pittsburgh drug crimes lawyer can help you if you are facing criminal charges for involuntary manslaughter if someone suffered a fatal overdose after ingesting drugs that allegedly belonged to you.  Contact the law offices of Gary E. Gerson for help.