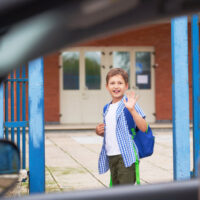 Everyone makes mistakes, especially when driving.  Most preventable traffic mistakes do not count as crimes, especially when you do not cause an accident, or if you do, it is a minor enough accident that no one gets injured.  Of course, some driving behaviors are so dangerous that you can get criminal charges even if the worst-case scenario does not play out.  Drunk driving and recklessly excessive speed are just some examples of driving behaviors that are so dangerous that criminal penalties apply even in situations where no one gets injured.  Likewise, you can get criminal charges for endangering children by driving in unsafe ways when they are in the car.  A traffic ticket is not just a traffic ticket if the police officer discovers that a young child was in the car without an age-appropriate safety seat, for example.  If you are facing criminal charges for a serious traffic violation, contact a Pittsburgh traffic violation lawyer.

Pennsylvania law requires you to stop after an accident and provide your contact information and insurance information to the other driver; even before you exchange information, you should make sure that any injured people get medical assistance.  If you collide with an unoccupied vehicle or with someone else’s stationary property, such as a mailbox, you should still leave a note with your contact information.  Failure to do this is considered hit and run, also known as leaving the scene of an accident.  When there are no injuries, and only property damages are involved, hit and run is a misdemeanor, punishable by fines and up to 90 days in jail.  Leaving the scene of an accident that involves personal injuries is a felony.

On December 20, 2021, Samuel Hummel of North East Township in Erie County drove a six-year-old relative to school.  (The Your Erie website did not indicate the relationship between Hummel and the child, who might have been Hummel’s son, nephew, stepson, or grandson.)  On the way, Hummel crashed his car into a mailbox in a residential neighborhood in Harborcreek Township and continued on his way without stopping.  When the child arrived at school, school employees noticed that the child had a cut on his forehead and broken glass on his clothes.  The school principal contacted Pennsylvania State Police and reported the incident.  When police caught up to Hummel, he did not seem to know that the child had been injured.  Hummel, 63, was arrested and charged with hit and run and endangering the welfare of a child.  A judge set his bond at $25,000, and Hummel bailed himself out of jail.

An Attorney Can Help You Today

Just because the charges you are facing are for major traffic violations, it does not mean that you don’t need a lawyer.  A criminal defense lawyer can help you if you are facing criminal charges for a traffic offense such as leaving the scene of an accident.  Contact the law offices of Gary E. Gerson in Pittsburgh, Pennsylvania about your case.