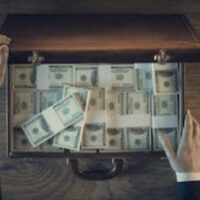 Stories about family members working together in an “us against the world” scenario certainly make for interesting movies, especially when their quest is illegal.  When it happens in real life, though, it means being separated from your (proverbial and literal) partner in crime in different correctional institutions.  In fact, you and your family member could end up getting vastly different criminal charges and different sentences.  It depends, in part, if you are willing to plead guilty and what kind of plea deal your defense lawyer can negotiate for you.  In this week’s news story, a money-laundering scheme centered in Pennsylvania led to two cousins getting very different outcomes to their criminal cases.  If you are facing charges for money laundering, a Pennsylvania financial crimes defense lawyer is your best hope for avoiding a long prison sentence.

What Is Money Laundering?

The legal term for money laundering, according to Pennsylvania statutes, is “dealing in the proceeds of illegal activities.”  In other words, it means that you transferred, spent, or deposited money that you knew was illegally obtained.  For example, perhaps you or your co-conspirators stole the money or defrauded someone into wiring it to you, or maybe the money came from the sale of illegal drugs.  You do not have to be directly involved in the theft, drug dealing, or other illegal activity that generated the funds to be convicted of money laundering.  A jury will find you guilty if the prosecution proves that you knew where the money came from and continued to use it.  Therefore, money laundering is rarely a one-person operation.  For example, many defendants charged with conspiracy to commit fraud also get money laundering charges.

In 2014, the Pennsylvania attorney general’s office came into possession of a $1.8 million stash of cash that agents had confiscated from an abandoned truck at a truck stop in Cumberland County.  For years, no arrests were made in connection to the money; the mysterious stash was food for speculation and investigative journalism.  One employee of the attorney general’s office knew more about the money’s origin than he let on, though.  Timothy Riley had joined the attorney general’s office in 2008 after a career as a police officer in Philadelphia.  His cousin Michael Riley had an auxiliary role in several drug trafficking operations between 2001 and 2014.  Michael’s role was to transport truckloads of cash from California to the East Coast.  On his last haul, he alerted his cousin Timothy; together with their co-conspirator John Oiler, they took $800,000 from the truck before leaving it at the truck stop where law enforcement found it.  The truth came out in 2018.  That same year, Timothy Riley pleaded guilty to money laundering and received a sentence of three years in prison.  His cousin Michael pleaded guilty in 2019; in October 2020, he was sentenced to seven years in prison.

You need a skilled Pittsburgh white collar crime lawyer if you are facing charges for money laundering.  Contact the law offices of Gary E. Gerson about your case.