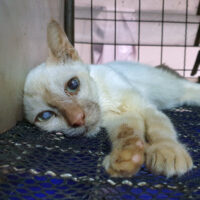 Yes, you can get criminal charges because of your pets.  Pennsylvania has detailed laws relating to the proper care of domestic animals.  There are laws about how much space each species of animal needs, as well as about veterinary care that the animals require.  Most of the time, when people get in trouble with the law for keeping exotic pets, it is not because it is completely illegal to keep that species of animal as a pet, but rather because the pet owner did not keep the animal in a big enough enclosure.  Animal cruelty is a crime, and felony animal cruelty charges can result when someone intentionally harms an animal or knowingly denies it food or shelter. Whether or not the owner gets criminal charges, violating laws related to keeping domestic animals almost always results in the animals being moved to a place where they will receive better care, such as an animal rescue shelter.  If you are facing criminal charges because of failing to take proper care of pets, contact a Pittsburgh criminal defense lawyer.

Neglecting Pets Is a Crime

Caring for domestic animals is a lot of work; if your parents always refused your requests to get a pet when you were a child, this is why.  This is also why people think of cats and dogs as part of the family.  You must consider their care in all your decisions about time and money.  For most animal lovers, the animal’s anger or distress is enough that you don’t forget more than once to take a dog for a walk or to clean a cat’s litter box.  Unfortunately, neglect of domestic animals happens more often than you would like to think.  Sometimes it even happens in cases where people have the best intentions for their pets; for example, the pet owner’s decline in health may interfere with their ability to care for their pets.

In March 2021, a landlord called the police about neglected animals and dangerously dirty conditions at a residence in Dale Borough in Johnstown.  Police searched the residence, which was so full of animal waste that the officers had to wear protective clothing.  They found two severely malnourished dogs wandering around the house.  They also found a crate with 13 cats, only nine of which were alive.  When Robert Wissinger arrived at the residence, he told police that he lived there but that the animals belonged to Beverley Webb, who left them with Wissinger because she was homeless.  Wissinger pleaded guilty to animal cruelty.  In September 2021, he was sentenced to 12 months of probation.  One of the terms of his probation is that he is no longer allowed to keep animals.  Webb also pleaded guilty and was sentenced to six to 23 months in prison.

A criminal defense lawyer can help you if you are facing criminal charges for not providing proper care for animals housed at your residence, even if the animals do not belong to you.  Contact the law offices of Gary E. Gerson in Pittsburgh, Pennsylvania about your case.