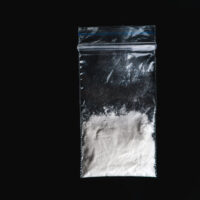 Naloxone, an intranasal drug that quickly reverses the effects of opioids, saves lives.  It has prevented many thousands of opioid overdose deaths since first responders began carrying it several years ago.  If you visit a sobriety support group or read people’s online journals of sobriety, you will hear stories of people who suffered what could have been fatal overdoses before receiving emergency treatment with naloxone, which goes by the brand name Narcan; some of them will tell you that coming back from the brink of death was a turning point in their addiction recovery story.  Some of the overdose survivors who would have been overdose victims without naloxone are children who ingested drugs without knowing what they were.  If a child accidentally ingests illegal drugs while under your care, you could face criminal charges for child endangerment as well as drug possession, and you will need the help of a Pittsburgh drug crimes lawyer.

One of the most heartbreaking aspects of the opioid epidemic that has cast a shadow over western Pennsylvania for the past decade is its effect on children.  Children suffer enough when they see their parents struggle with addiction and live in fear that their parents will overdose, but it is even worse when children accidentally ingest drugs that are in their environment.  This tragedy has struck.  In September 2021, a five-month-old girl accidentally ingested heroin in her grandmother’s house, leading to the grandmother’s arrest.  In July, an infant boy ingested cocaine in his parents’ house; they are currently facing charges for child endangerment.  In May, a four-year-old boy died after accidentally ingesting cocaine; his father is facing charges for manslaughter.

In early October 2021, Melissa Miller of Ambridge called 911 because her ten-month-old daughter was unresponsive and not breathing.  When police arrived, they administered two doses of naloxone and performed CPR.  The child was airlifted to a hospital, but Pittsburgh CBS Local did not have any additional information about her condition.  An investigation revealed that the child had been exposed to heroin when she put a stamp bag in her mouth.  Miller is currently facing charges for reckless endangerment and endangering the welfare of a child.  Pittsburgh CBS Local did not specify the quantity of drugs found in the house or whether Miller, 27, is also being charged with drug crimes.  The news site also did not say whether there were any other adults in the house and whether they are facing charges for the child’s overdose.

If you get caught in possession of drugs in a residence where children also live, you can get in serious legal trouble, even if the children do not find the drugs.  A criminal defense lawyer can represent you in a legal case involving drug charges and child endangerment.  Contact the law offices of Gary E. Gerson in Pittsburgh, Pennsylvania about your case.