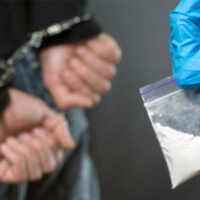 When you were a child, and a parent or other authority figure caught you doing something you were not supposed to do, you probably made up a wildly implausible excuse.  Maybe you told the teacher that the dog ate your homework or that the empty box of Twinkies is in the recycle bin because of your boundless enthusiasm for recycling and that you have no information about the whereabouts of the Twinkies it once contained.  Implausible thrive on Internet dating sites the way that bacteria thrive in a petri dish full of agar, but a traffic stop with police is no place for half-truths or whopping lies.  If the police catch you in a compromising position, the best thing to do is to exercise your right to remain silent and then to contact a Pennsylvania sex crimes defense lawyer at your earliest convenience.

What Is Corruption of a Minor?

Section 6301 of Pennsylvania law defines corruption of minors quite broadly.  On the one hand, it can refer to any action in which an adult encourages a person below the age of 18 to break the law.  On the other hand, it can also refer to “corrupting the morals” of a minor by encouraging the minor to participate in a sexual offense.  If an adult commits a sexual act with a minor, the adult can be charged with indecent assault for non-penetrative sexual acts or sexual assault for penetrative sexual acts.  The corruption of minors charges can come from actions such as communicating with a minor for the purposes of getting him or her into a vulnerable situation.

In January 2021, Matthew Blaisdell, 23, allegedly agreed to meet up with a 15-year-old girl with whom he had been flirting on Snapchat.  The two shared a meal at Sonic and then parked in the parking lot of Bushy Run Battlefield on Route 933 in Penn Township.  The girl went to the back seat to check her blood sugar, and Blaisdell followed her into the back seat, where he began forcibly kissing and groping her.  A police officer that was passing by the parking lot stopped to investigate.  Blaisdell told the police that the girl was his cousin and that she was suffering a diabetic emergency.  The girl gave the police Blaisdell’s last name as her own, but when she was unable to spell it without his help, the police questioned them separately.  At this point, the girl told the police that Blaisdell had told her he was 17.  Blaisdell is facing criminal charges for statutory indecent assault and for corruption of minors.  Because of the age difference, his corruption of minors charge is a felony.

Even the most creative lie cannot help you avoid getting your name added to the sex offender registry, but a Pittsburgh sex crimes lawyer can.  Contact the law offices of Gary E. Gerson about your case.