Can You Face Criminal Penalties for Illegally Owning Wild Animals in Pennsylvania? 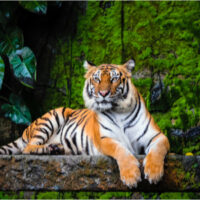 Not everyone fits neatly into the categories of dog person, cat person, or person who is creeped out by all species besides humans.  Some people, if given the opportunity, will tell you that hedgehogs are man’s real best friend, some will tell you that rats are cuddlier than hamsters, and others prefer the companionship of sugar gliders, chinchillas, frogs, iguanas, monitor lizards, or even tarantulas.  In Pennsylvania, it is legal to own many species of pets that you won’t find at PetSmart, but only if you have the proper permits, and only if you provide adequate care for your furry, scaly, or feathered friends.  Many violations of laws relating to the possession, sale, or care of exotic animals are summary offenses, punishable only by fines, but some are criminal misdemeanors or felonies.  If you are facing criminal charges related to exotic animals, contact a Pittsburgh criminal defense lawyer.

Pennsylvania’s statute relating to wildlife permits states that a person with a state license to do so may own a wild animal; it lists nine types of animals sometimes kept as exotic pets but states that the law does not pertain exclusively to these creatures.  Owners of exotic pets must provide them adequate food and shelter and may not release them into the wild.  Illegally owning and releasing exotic pets is a summary offense.  Melissa Smith of Pet Helpful says that Pennsylvania’s exotic pet laws are illogical and lead to penalties being unfairly applied to people who keep harmless animals as pets.  For example, the law considers hedgehogs exotic pets, but they are less dangerous than cats and dogs.

By contrast, animal cruelty is a felony.  Animal cruelty can take the form of intentionally harming it or simply failing to provide adequate food and shelter for an animal in one’s care.  For example, keeping a dog chained in the yard for a long time without food or water or cleaning a hamster’s cage infrequently.  Most exotic pets are poorly suited to Pennsylvania’s climate, and all but the smallest ones require large enclosures; in other words, it is very difficult for most private citizens, as opposed to zoos, to maintain a safe and healthy environment for animals not commonly kept as household pets.

Mildred the alligator lives at Smith’s Squirrel Hill Pet Store in Pittsburgh, but the path to her current home wasn’t easy.  Several years ago, a ninth grader bought her at a reptile show without his mother’s knowledge.  He kept her in his bedroom, where she camouflaged herself under a pile of laundry.  Only when the boy’s mother cleaned his room while he was at school did she find the gator; she called Sara Smith, the owner of the Squirrel Hill store, who agreed to take the animal in, as she has done for may rescued reptiles.  Mildred was lucky; most of the gators sold at reptile shows in Pittsburgh end up getting released into the wild when they get too big for their owners to care for them at home.  In 2019, Pittsburgh police received calls about a 5-foot alligator and a 3-foot alligator in separate incidents.  Both animals were taken to wildlife sanctuaries; it is unknown who released them.  Pittsburgh is no place for American alligators; their native range extends from Florida to Texas and as far north as North Carolina, Arkansas, and the southeastern corner of Oklahoma.

If you were just trying to do right by your exotic pets but your neighbors called the police before you could finish building a bigger enclosure, a criminal defense lawyer can help you.  Contact Pittsburgh violent crimes attorney Gary E. Gerson about your case.