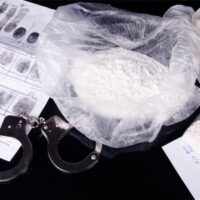 In Pittsburgh and many other places in Pennsylvania, you will not face criminal charges for possession of small quantities of marijuana.  In December 2015, the city council passed a resolution to decriminalize marijuana possession, as long as the amount in the person’s possession does not exceed 30 grams.  Instead, if you have just enough weed to roll one joint for now and one for later, you will have to pay a $25 fine, much like what you would pay if you had outstayed your welcome in a metered parking space.  If the police catch you with a large quantity of cannabis, you could face criminal charges, and the more weed you have, the worse.  If the police catch you with 60 pounds of weed, you will be in serious legal trouble; 60 pounds is about the weight of an adult Dalmatian or a human third grader.  If you are facing criminal charges for possession of a large quantity of a controlled substance, contact a Pennsylvania drug crimes defense lawyer.

The Legal Status of Cannabis Edibles in Pennsylvania

Pennsylvania law does not have separate rules for cannabis edibles and smokable forms of cannabis.  Currently, it is legal for medical cannabis dispensaries to sell foods prepared with cannabis oil; most of these are in the form of cookies, brownies, and candy.  Medical cannabis card holders can also buy cannabis oil from licensed dispensaries and use it to make their own edibles at home.  There is an unspoken understanding that people who legally buy or prepare cannabis edibles will not let children unknowingly ingest cannabis through edibles; this week’s news story may be the closest that Pennsylvania parents have come to needing to worry that their children would mistake cannabis edibles for just regular candy.

In October 2019, police in Cambria County pulled over Andrew Colvin, 27, for minor traffic violations.  Before the traffic stop was over, they searched Colvin’s car and found 60 pounds of marijuana.  This led to an investigation in which police searched a storage unit rented in Colvin’s name.  The storage unit contained a dazzling array of drugs, not only marijuana and THC, but also cocaine, MDMA, and ketamine.  The most worrisome thing the investigator found in the storage unit was Nerds rope candy that had been infused with THC, the compound in cannabis that produces a high.  This led the county to issue a warning to parents not to let their children eat Nerds rope candy unless the parents had personally bought it from a reputable source, such as a supermarket.  Colvin received federal charges for drug possession with intent to deliver.  If he is convicted, he could be fined up to $750,000 and sentenced to up to 15 years in federal prison.

No matter how big or small the quantity of drugs your case involves, the best way to stay out of prison is to hire a drug crimes defense lawyer.  Contact Pittsburgh drug crimes attorney Gary E. Gerson about your case.

By Gary E. Gerson | Posted on August 12, 2020
« Can You Face Criminal Penalties for Illegally Owning Wild Animals in Pennsylvania?
How to Stop Mugshot Shaming from Ruining Your Employment Prospects »