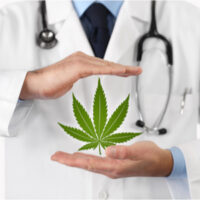 The United States government does not have the right to take away a person’s liberty except as a punishment for a crime.  Therefore, only after a fair trial and the other requirements of due process have been completed to prove that the defendant committed the crime of which he or she was accused can the defendant be given a sentence of jail or prison time.  Today, with prisons overcrowded and incarcerated people especially vulnerable to COVID-19 exposure, courts are more likely to hand down sentences of court supervision instead of imprisonment, except for the most serious of crimes.  Probation, supervised release, and monitoring bracelets are just some of the scenarios in which a person does not lose all their freedom but is still subject to restrictions that people not under the supervision of the court do not have to follow.  The Pennsylvania Supreme Court is currently hearing a case about whether people under court supervision should be allowed to use medical cannabis.  If your medical cannabis use has landed you in legal trouble, contact a Pennsylvania drug crimes defense attorney.

Pennsylvania Cannabis Laws and Their Exceptions

Pennsylvania’s medical cannabis program has been in place since 2016.  It allows patients to buy cannabis products from licensed dispensaries and does not allow for home cultivation.  Since 2018, it has been legal for medical cannabis card holders to use smokable, as well as non-smokable cannabis products.  State law in Pennsylvania still holds that recreational use of cannabis is illegal, but ten cities, including Pittsburgh, treat possession of small quantities of cannabis as a summary offense instead of a criminal misdemeanor.  In Pittsburgh, if you don’t have a medical cannabis card and the cannabis in your possession is less than 30 grams, you must pay a $25 fine.

Lebanon County’s medical cannabis policy contains a provision that people under court supervision may not use or possess cannabis products, even if they have a state-issued medical cannabis card.  This policy is not so strange, because judges in probation cases may forbid people on probation from engaging in activities that are usually legal, such as drinking alcohol or possessing firearms.  Many in Pennsylvania think that it is unfair to withhold from people a treatment that their doctors have recommended.  The Pennsylvania Supreme Court is currently hearing a case in which three people on probation in Lebanon County argue that the court cannot take away their right to use medical cannabis, even while they are on probation.  The medical Marijuana Act of 2016 does not explicitly state that people under court supervision are not allowed to use medical cannabis.

It is not just your imagination that law enforcement seems to enforce cannabis policies selectively.  Do not let the system take away a right that the law gives you; instead, contact a Pittsburgh criminal defense lawyer.  Contact Pittsburgh drug crimes lawyer Gary E. Gerson about your case.