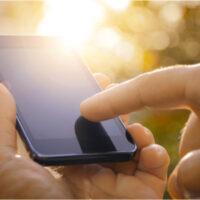 Most cases of sexual assault, abuse, and harassment go unreported.  Sometimes the abusers intimidate them into keeping the abuse a secret, and even if that does not happen, the victims sometimes fear that no one will believe them or that the people closest to them will blame them for what happened.  Sometimes they do not even realize that their relationship with the adult was inappropriate.  The younger the victim, the less likely they are to report being the victim of a sex crime.  Often, it is electronic devices that reveal the truth.  Jurors can see for themselves the messages exchanged between underaged victims and their adult alleged abusers and judge for themselves how inappropriate the messages are.  Although the information exchanged online has a reputation for being inaccurate and unreliable, in sexual assault cases, it is often the strongest evidence available.

According to Pennsylvania law, sexual assault refers to penetrative sex without the victim’s consent, whereas indecent assault refers to non-penetrative sexual acts done without the victim’s consent.  In Pennsylvania, the age of consent is 16.  This means that people younger than 16 cannot legally consent to sexual activity.  Therefore, all sexual contact between an adult and a minor under the age of 16 counts as statutory sexual assault or statutory indecent assault.  Statutory sexual assault can be a first-degree felony or a second-degree felony, depending on the victim’s age; it carries a sentence of up to 20 years in prison.

Felipe Vazquez, a pitcher for the Pittsburgh Pirates, is facing criminal charges for sexual relationships with two girls who were 13 years old at the time the relationships allegedly took place.  Authorities confiscated Vazquez’s cell phone and computer and found nude and semi-nude pictures of the girls, as well as text messages in which he made plans to meet the girls in person. The girls addressed him by name in the messages, which will make it difficult for him to argue that he was not the one exchanging the messages on his devices.  One of the victims lives in Florida and exchanged messages with Vazquez while he was there for training; the other victim lived in Scottdale at the time of the alleged relationship.  He is currently facing 21 felony counts, including statutory sexual assault, indecent assault of a person younger than 16, corruption of minors, unlawful contact with a minor, and possession of child pornography.  Vazquez was denied bond, and if he is convicted, he could be deported to Venezuela, where he was born.

Sex-related crimes tend to attract a media circus, but talking to a criminal defense lawyer can help you see the situation clearly.  All defendants are entitled to representation by a law and to trial by an unbiased jury.  Contact Pittsburgh sex crimes attorney Gary E. Gerson about your sex-related offense case.

By Gary E. Gerson | Posted on April 16, 2020
« Is Prison Boot Camp Better or Worse Than Just Plain Old Doing Time?
When a Cell Phone Becomes an Instrument of Crime »