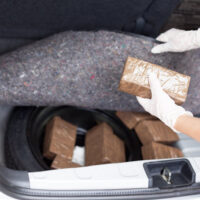 If you don’t know this, then the drug charges you are facing are probably not the most serious ones, but a stamp bag is the unit in which injectable drugs, especially those that purport to be heroin, are sold on the street.  The name is in reference to the fact that the original ones were the wax paper envelopes in which philatelists would preserve a single postage stamp in their collections.  A group of 50 stamp bags is called a brick.  If the police find a brick of drugs, or even enough stamp bags to make up most of a brick, they will assume that you do not intend to consume all of the drugs yourself, and you may get charged with drug trafficking.  The consequences for drug trafficking are very severe and can include decades-long prison sentences.  If you are facing criminal charges after police searched your property and found any quantity of drugs, contact a Pittsburgh drug crimes lawyer.

When Is It Possible to Get Life in Prison for Drug Crimes?

How is it possible that, even after reforms to the criminal justice system have led to the proliferation of pretrial diversion programs that recognize many drug-related offenses as symptoms of drug addiction and focus as much on guiding the defendant toward recovery as punishing them for breaking the law, you can still get life in prison for nonviolent drug crimes?  The drug crimes where life in prison is a sentencing option are about a lot more than just drug possession.  They almost always involve drug trafficking, which means delivering or transporting large quantities of illegal drugs for one’s own financial gain.  Even when weapons are not present (as they often are in drug trafficking operations), the quantity of drugs is enough to endanger hundreds of people, if not more.  The most draconian sentences are often reserved for instances where other crimes, such as child endangerment, are also involved.

On April 26, 2019, Kevin Watson was driving northbound on Route 28 when a police officer signaled for him to pull over because the windows of his car were too heavily tinted.  Knowing he had much bigger problems to worry about than tinted windows, Watson sped up, reaching a peak speed of about 115 miles per hour.  After exiting the Tarentum exit, he tried to turn right but crashed into a utility pole.  He then fled on foot, but police caught up to him and had him airlifted to the hospital.  Miraculously, the four-year-old child in the back seat of the car was not injured; the police safely returned the child to another family member.  The police then searched the vehicle and found 300 bricks of heroin, a total of nearly 15,000 stamp bags; the stamp bags bore a logo that said “blue magic.”  Watson, 32, pleaded not guilty of possession of heroin and fentanyl with intent to deliver, but a jury convicted him at trial in November 2021.  His sentencing date has not been set, but he faces a maximum sentence of life in prison.

A criminal defense lawyer can help you if you are facing criminal charges for drug offenses, including possession with intent to deliver.  Contact the law offices of Gary E. Gerson in Pittsburgh, Pennsylvania about your case.