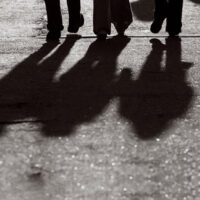 The constitutional rights of defendants in criminal cases matter at every stage of the legal process of investigating alleged crimes, determining whether a defendant has committed those crimes, and implementing an appropriate punishment if the defendant is convicted.  Defense lawyers do more than just try to persuade jurors that the defendant is innocent or, at least, that the jurors cannot be sure that the defendant is guilty.  Your lawyer may also persuade the court that the prosecution’s evidence against you was obtained by a violation of your rights, such as if a police officer found drugs in your car when there was no reason to search your car; if your lawyer makes this case successfully, the prosecution should drop the charges against you.  If some of the evidence that the prosecution plans to show the jury was obtained fairly but some of it was obtained unfairly, your lawyer can file a motion to suppress the unfairly obtained evidence; this is part of the right to a fair trial.  Your Pittsburgh drug crimes lawyer will stand up for your rights at every stage of the process.

The Role of Police Informants in Drug Conspiracy Cases

If you have spent any time in western Pennsylvania in the past decade, you are aware of the destruction and suffering the opioid epidemic has caused.  This many pills cannot simply be the work of one prescription-happy physician or one person exchanging Bitcoin for pills on the dark web.  Drug trafficking operations tend to involve dozens of people.  When one of them gets caught, they might agree to provide evidence about their co-conspirators to the prosecution as part of a plea deal.  Information provided by defendants who have pleaded guilty may count as probable cause for police to increase their monitoring of other people they suspect of participating in the conspiracy.  In some cases, this even includes installing recording devices in locations that suspected co-conspirators are expected to frequent or having defendants who have already pleaded guilty wear a wire when interacting with other co-defendants.

In December 2021, a jury convicted Noah Landfried, Michel Cercone, and Anthony Smith of conspiracy to distribute controlled substances and conspiracy to commit money laundering.  The three men, all residents of Allegheny County, were among the 48 defendants arrested and charged with a drug trafficking operation that distributed cocaine, heroin, and fentanyl throughout western Pennsylvania between 2017 and 2019.  In 2018, Landfried filed a motion to suppress evidence against him obtained through a wiretap of a pickup truck belonging to James Perry, another co-defendant in the case.  The court decided that the police were within their rights to install a video camera in Perry’s truck to record the drug trafficking activity and discussions thereof; thereof, jurors were allowed to see the footage recorded in Perry’s truck.

A criminal defense lawyer can help you persuade the court not to show the jury certain evidence that the prosecution only obtained by violating your legal rights.  Contact the law offices of Gary E. Gerson in Pittsburgh, Pennsylvania about your case.