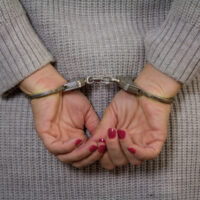 Some people will tell you that they knew they had hit rock bottom and get treatment for their substance use disorder after they suffered an overdose where, if one tiny detail had gone differently, they would not still be here.  Others will tell you that rock bottom was when a friend overdosed.  Laws in Pennsylvania and other states offer legal protection for people who call 911 to report a drug overdose; prompt treatment with naloxone can reverse most opioid overdoses, so calling 911 saves lives.  If you call for help for an overdose victim, you are usually protected from criminal charges for drug possession.  Meanwhile, in some instances, the people who sold or shared drugs that caused a fatal overdose have been charged with drug-induced homicide, much as people who cause fatal car accidents can be charged with vehicular manslaughter.  If you are facing criminal charges after trying to help a drug overdose victim, contact a Pittsburgh drug crimes defense lawyer.

In recent years, the law has tended to treat many drug crimes as symptoms of drug addiction instead of malicious acts where the defendant intentionally harmed someone.  Drug possession and minor theft crimes and financial crimes committed in pursuit of illegal drugs often lead to sentences involving addiction treatment, sometimes to the exclusion of jail.  Although its root cause is also drug addiction, drug-induced homicide often plays out differently in court.  It often involves pills purchased online, where the sellers misled the buyers (who shared the pills and accidentally caused a fatal overdose) about the ingredients of the pills.  The law considers buying illegal drugs online, where it is virtually impossible to do due diligence about what you are buying, and then endangering others with those drugs, extreme negligence.

In the summer of 2019, Samantha Criswell and her boyfriend Tracy Beck used drugs together at a house in Lower Windsor Township.  Criswell brought methamphetamine and Beck brought an opioid he thought was heroin.  They mixed the drugs together and injected them; a combination of a stimulant and an opioid injected together is called a speedball and is very dangerous.  A famous case of such an overdose is the 1982 death of actor John Belushi, who died after an acquaintance injected him with a combination of cocaine and heroin.  Criswell and Beck fell asleep after taking the drugs, and Criswell later woke up to find Beck unresponsive.  She administered naloxone, called 911, and performed CPR, but Beck was pronounced dead at the scene.  He was 22 years old.  In November 2021, after accepting a plea deal, Criswell, 31, was sentenced to 11 ½ to 23 months in prison followed by two years of probation.

A Pittsburgh drug crimes lawyer can help you if you are facing criminal charges for providing illegal drugs to someone else and accidentally causing an overdose.  Contact the law offices of Gary E. Gerson for a consultation.

By Gary E. Gerson | Posted on February 23, 2022
« Bad Idea: Speeding Past A Police Car In A Snowstorm With An Expired Concealed Weapons Permit
Jury Convicts Westmoreland County Dad Of Transporting Child In Car With 300 Bricks Of Heroin »