Bad Idea: Speeding Past A Police Car In A Snowstorm With An Expired Concealed Weapons Permit 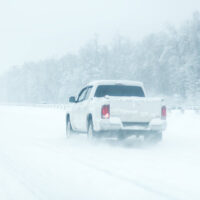 Common sense says that you should always be careful because you never know who has a concealed weapon.  Meanwhile, as long as you have a concealed weapons permit, you have the right to carry a weapon with you to most places, and most of the time, people will be none the wiser.  In fact, a police officer who pulls you over at a traffic stop should not even ask you about the weapon unless there is some reason to ask.  If you get pulled over for a traffic violation, what should happen is that the officer just asks for your driver’s license and vehicle registration and then issues you a traffic citation and sends you on your way.  Of course, police often search vehicles because of the flimsiest pretexts, literally looking for trouble.  If you are facing criminal charges after police found guns in your car during an unfairly intrusive search, contact a Pittsburgh weapons charge lawyer.

Police Cannot Search Your Car Without Probable Cause

Should people be able to get away with transporting drugs and guns in cars?  According to the law, yes, they should, if they do not give the police some other reason to do so.  If a police officer pulls you over for a traffic stop, they should not go out of their way to accuse you of doing something wrong.  They can enter your information and check to see if you have outstanding warrants, but beyond that, they should not search your car unless there is probable cause, such as drugs or weapons in plain sight.  Many defendants have been acquitted or had the charges against them dropped when they argued that the police had unjustly searched their cars.

A winter storm dumped snow on Pennsylvania and much of the eastern United States on Martin Luther King Day weekend 2022.  By the time Susan Spiewak’s vehicle approached a police cruiser in Lower Burrell, approximately 11 inches of snow had fallen in the area.  Spiewak, traveling at high speeds, passed the police car by pulling onto the shoulder and driving there for some distance.  When the officer conducted the traffic stop, Spiewak showed him her concealed carry permit.  When she picked it up, two bags of marijuana and two glass pipes on the passenger seat became visible. This gave the officer probable cause to search the car.  The officer found a gun in a Victoria’s Secret bag on the floor.  Spiewak, 44, said that the gun belonged to her ex-boyfriend, but its serial number did not match his name.  The officer also discovered that Spiewak’s concealed weapons permit expired in July.  Spiewak is currently facing drug charges and weapons charges, as well as traffic violations.

A criminal defense lawyer can help you if you are facing criminal charges for illegal possession of a firearm.  Contact the law offices of Gary E. Gerson in Pittsburgh, Pennsylvania about your case.