Pennsylvania Is A Hot Spot For Xylazine Overdoses 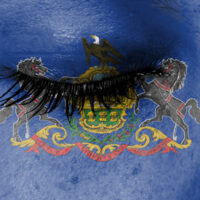 The answer to the question “What makes the opioid overdose epidemic so scary?” has been changing over the years.  First it was the pill mills that flooded the community with opioid pills that had technically been legally prescribed.  Then it was the abrupt cutoff of that supply, leaving the many thousands of people who had become addicted to prescription opioids with nowhere to turn but to buy heroin on the street or order pills online that claimed to contain hydrocodone or oxycodone but in fact contained who-knows-what.  The danger of unknown adulterants in street-purchased drugs is nothing new, but fentanyl, which is much stronger than heroin, oxycodone, or hydrocodone, created a whole new level of danger.  Then there was the COVID-19 pandemic and the interruption of most social activities and in-person workplaces, separating people from the sources of social and emotional support that helped them stay sober.  Now another drug is being implicated in an increasing share of overdoses, and as with fentanyl, most people who buy and consume the drug do not know that it is present in the drug mixture.  If you are facing criminal charges for possessing or selling a drug that you barely knew existed, contact a Pittsburgh drug crime lawyer.

The Dangers of Xylazine

Xylazine is not technically a controlled substance, according to federal law, because it does not have any accepted medical uses in human patients.  It was originally developed in Germany in the 1960s by researchers investigating its potential as a blood pressure medication, but its risk of adverse effects, such as a dangerously low heart rate, was too high, so it has never been approved by the FDA.  It is widely used by veterinarians to tranquilize animals or anesthetize them for surgery.  In other words, xylazine is legal for use in dogs, cats, horses, deer, mice, rats, and guinea pigs, but not in humans.

At first glance, xylazine sounds like it is not nearly as scary as xylazine.  You can’t overdose on as tiny an amount of xylazine as you can on fentanyl.  The difference is that fentanyl is an opioid, so you can reverse its effects with naloxone.  You cannot do this with a xylazine overdose; xylazine is not an opioid, so it does not respond to naloxone.

The first reports of accidental xylazine overdoses in humans came from Puerto Rico in 2006, and since then, the drug has made its way into the supply of street drugs.  It is most often used as an adulterant to heroin, and some dealers sell mixtures of fentanyl and xylazine, because the effect of those two drugs together feels more like the effect of heroin than fentanyl alone.  According to local data, more than 20 percent of drug overdose victims in Philadelphia between 2015 and 2020 had xylazine in their systems.  No one overdosed exclusively on xylazine, though; it was always mixed with other drugs, most commonly benzodiazepines or opioids.

A drug crimes defense lawyer can help you if you are facing charges for possession of xylazine, opioids, or any other kind of illegal drugs.  Contact the law offices of Gary E. Gerson in Pittsburgh, Pennsylvania about your case.

By Gary E. Gerson | Posted on August 17, 2022
« Mother And Daughter Plead Guilty To Defrauding Pennsylvania Department Of Education Out Of More Than $2 Million
Can You Get Arrested For DUI If You Are Asleep In A Parked Car? »