Pittsburgh Woman Charged With Trespassing And Possession Of Drug Paraphernalia 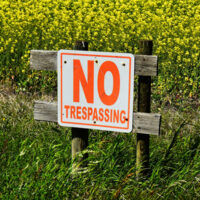 After the initial panic that you feel when riding in the back of a police car after being arrested, you might start to remind yourself of all the ways that your situation would be worse.  Maybe the crime, such as drug possession, can be charged as a misdemeanor.  You might be able to avoid jail time and just get probation instead.  Even if the crimes seem minor, you should take the case seriously.  Consider, for example that, if you told your parents that you got arrested for vandalism, they probably would not take much consolation if you followed it immediately with “at least it isn’t murder.”  A misdemeanor conviction can increase the penalties of getting a heavier punishment in a subsequent case, and as long as you are on probation, you are one mistake away from jail or prison.  If you are facing charges for a minor drug offense, contact a Pittsburgh drug crime lawyer.

When Several Little Mistakes Add Up

A single incident can lead to a long list of charges.  How many people have gotten pulled over because of a broken taillight, but then one thing leads to another, and they are in jail, with a lawyer advising them that the best-case scenario is several years of probation?  Traffic stops are notorious for this sort of thing, because something as vague as an alleged smell of weed can give an officer probable cause to search your car even without a warrant, but these are not the only scenarios where you can get multiple charges from a single incident.  The court considers each count individually.  Therefore, you have everything to gain by hiring a criminal defense lawyer.  Your lawyer may be able to get some of the charges dropped or reduced or help you enter a pretrial diversion program, which will enable you to drop the charges upon successful completion of the program.

On July 2, police in Kiskiminetas Township responded to a call about a suspicious person.  They arrived at the scene and arrested Devondra Miller of Pittsburgh, who was trespassing in the backyard of a house and appeared to be under the influence of cocaine.  Miller, 25, is facing charges for criminal trespass, which, although it is a misdemeanor, can carry a penalty of several years of jail time.  She is also being charged with misdemeanor possession of drug paraphernalia, since she had a cocaine pipe in her possession, as well as with public drunkenness, which is a summary offense, meaning that it is at a similar level of illegality as most traffic violations.  Her bail was set at $5,000, but she was unable to post the bail amount, and she remained in jail until her hearing.

A drug crimes defense lawyer can help you if you are facing charges for possession of illegal drugs or drug paraphernalia.  Contact the law offices of Gary E. Gerson in Pittsburgh, Pennsylvania about your case.