Was It Malicious Prosecution, Or Was The State Protecting Potential Victims? 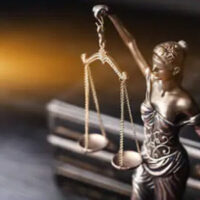 United States law considers liberty a fundamental human right, and the state does not have the right to take away your liberty by detaining you in a jail or prison except as a punishment for a crime, although, in practice, there are some exceptions.  Judges can decide to hold a defendant in jail until their trial if the judge determines that there is a serious risk that, if allowed to go free until trial, the defendant will flee, destroy evidence, intimidate witnesses, or commit a violent crime.  Everyone has the right to a fair trial, and case law includes many examples of defendants who were detained until their trial, but at the conclusion of the trial, the jury found them not guilty.  If the judge detains you without a good reason, just to abuse their power, that is malicious prosecution, and you have the right to sue the state if you are a victim of it.  Is it possible that you are dangerous enough that the judge is justified in detaining you until your trial but innocent enough that the jury has reasonable doubt about your guilt?  If the state has abused your rights as a defendant through malicious prosecution or any other means, contact a Pennsylvania criminal defense lawyer.

What Is Malicious Prosecution?

You can sue the state of Pennsylvania for malicious prosecution if the following conditions are true:

If the court finds that the state’s actions were malicious, meaning that there was not a valid reason to detain you, it will order the state to pay you damages.

Jonathan Pollard, 32, does not expect to convince anyone that he is a perfect angel, but he does intend to persuade the court that he was a victim of malicious prosecution.  In 2018, he was arrested after his ex-fiancee alleged that he assaulted her on a public street in Greensburg; the following year, a jury acquitted him of the charges.  For the intervening 431 days, Pollard was in jail; he claims that this was a malicious prosecution.  Pollard faces two major obstacles in this case.  First, he is representing himself without a lawyer, and second, he has a long criminal history going back to when he was 17, and his criminal record includes charges for domestic violence, sexual assault, and false imprisonment.  Before the 2018 arrest, he served a six-year sentence, and he is currently in jail while his corruption of a minor case is pending.

A Pittsburgh sex crimes lawyer can help you even after you get out of jail.  Contact the law offices of Gary E. Gerson for help today.

By Gary E. Gerson | Posted on November 23, 2021
« Lancaster Man Charged With Murder And Other Crimes After Relatives And Police Find Dismembered Body In Family Home
Police Find Heroin Stash In Hempfield Man’s Home For The Second Time In Two Years »