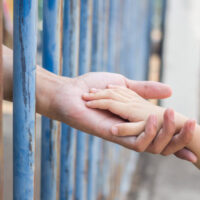 If the police crash your party just as you are snorting a line of cocaine, or if the cops pull you over when there are a few Xanax pills in the front console of your car that no one prescribed to you, there is a chance that you can walk away from the whole situation without a criminal record by completing a pretrial diversion program through drug court.  If you get caught with a big stash of drugs, or if you have prior criminal convictions on your record, though, things are not so simple, but it doesn’t necessarily mean that you are toast.  No matter your prior history, you cannot be convicted if the police searched your house without a warrant or searched your vehicle without probable cause.  Even if the evidence against you is admissible, judges have some leeway in determining sentences, and the outcome of your case is likely to be much better with the help of a Pittsburgh felony drug charge lawyer than without one.

What Good Is a Plea Deal If You Are Going to Prison Anyway?

Although they have drawn criticism and some criminal justice reform advocates are trying to make them a thing of the past, mandatory minimum sentences are a reality in Pennsylvania, at least for now.  Therefore, some offenses are certain to carry a prison sentence, even if you get a plea deal.  In some cases where defendants are convicted of multiple charges or counts, either through guilty pleas or at trial, judges have the option of ordering the defendant to serve their sentences consecutively or concurrently.  If a judge sentences you to two prison terms of five years each, it makes a big difference.  If you serve the sentences consecutively, it will be ten years before you are free again, but if you serve them concurrently, you will be free in five years.  Other details matter, too, such as when you will become eligible for parole and whether you can get credit for time served if you were in jail before your sentencing.

Jamie Darnell Pullium’s life has had plenty of ups and downs.  He has five children, three of whom are young adults and two of whom are toddlers.  He previously served prison sentences for drug offenses in Kansas and Nebraska.  Things were going much better until he got caught with drugs on two occasions in 2019; in one instance, the drug stash in question was about a pound of heroin and about four pounds of marijuana, and in the other, it was pink fentanyl pills.  Pullium, 40, pleaded guilty in both cases in early 2020, one in state court and the other in federal court.  In early 2022, a judge in Pennsylvania sentenced him to ten years for the state charges.  He can serve his federal sentence concurrently with the state sentence, except that he must spend two years in federal prison after completing the 10-year state prison sentence.  Following the prison sentences, he must complete six years of supervised release.

A felony drug defense lawyer can help you if you are facing criminal charges for manufacturing or distributing controlled substances.  Contact the law offices of Gary E. Gerson in Pittsburgh, Pennsylvania about your case.