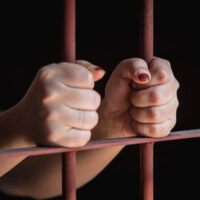 When you buy illegal drugs on the Internet, you cannot be sure of the ingredients, but at least they have a return address.  By contrast, if you buy drugs in a street corner drug deal or shady motel room meetup, you have no idea of the drugs’ itinerary before they reach you here in Pittsburgh.  The person who sold you the drugs probably doesn’t know, either.  In fact, how much decision-making power you had in a drug trafficking operation has an effect on the outcome of your criminal case.  If you simply transported a bag of drugs in your backpack from Philadelphia to Pittsburgh and got a few thousand dollars for your trouble, that is one thing, but if you are the mastermind of an operation where you are moving millions of dollars of drugs and controlling money-laundered assets titled in other people’s names.  It also matters how much you cooperate with the investigation after you get arrested; remember, though, that you always have the right to remain silent and to plead not guilty.  If you are facing criminal charges for selling drugs or laundering drug money, contact a Pittsburgh felony drug charge lawyer.

What Happens If You Get Convicted of a Crime in the United States When You Are Not a U.S. Citizen?

The Constitutional rights of defendants in criminal cases apply to all defendants, regardless of immigration status.  You have the right to due process, including a fair trial and representation by a lawyer if you have a green card, a student visa, a visitor visa, or any other kind of immigration documents, or even if you are undocumented.  The Department of Homeland Security has the right to initiate removal proceedings against non-citizens convicted of crimes, so you could get deported from the U.S. upon completion of your sentence.  (If you have been binge watching Inventing Anna, this is what is currently going on with Anna.)  If you are a naturalized U.S. citizen, however, a criminal conviction will not change your citizenship status; you will still be an American citizen during and after your sentence.

In 2019, the Drug Enforcement Administration uncovered a vast conspiracy that was trafficking cocaine from Mexico and throughout the United States.  The masterminds of the operation were Robert Forbes of Dormond, his brother Hector Forbes of California, and Marcia Cunningham.  Cunningham is originally from Jamaica but lived in Florida during the drug trafficking operation.  She was responsible for sending shipments of cocaine to Western Pennsylvania.  She spent the proceeds of the drug trade on jewelry, luxury vehicles, and real estate, much of it in Jamaica, where she planned to return when she was ready to get out of the drug business.  In March 2022, Cunningham, 54, was sentenced to 178 months in prison followed by five years of supervised release.  She will likely face deportation to Jamaica when she finishes her sentence.

A drug crimes defense lawyer can help you if you are facing criminal charges for drug trafficking conspiracy.  Contact the law offices of Gary E. Gerson in Pittsburgh, Pennsylvania about your case.