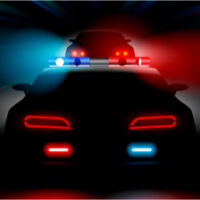 High speed police chases often form the climactic scenes in movies.  Even real-life police chases, and even at relatively low speeds, can attract viewers’ attention; in the summer of 1994, millions of Americans were glued to their television sets as police pursued O.J. Simpson, who was suspected of murdering his ex-wife, as he rode away in his Ford Bronco, with no one violating the speed limit.  If a police officer tries to stop your car, you should stop.  If you don’t, and the officer only stops you after a chase, you can have charges of fleeing or attempting to elude an officer added to whatever other charges you might get as the result of a traffic stop.  If they accuse you, you can exercise your right to remain silent.  If they suspect DUI, you can refuse a field sobriety test.  The best thing to do is to get the traffic stop over with, and to contact a Pennsylvania criminal defense attorney if you end up with criminal charges.

Fleeing and Attempting to Elude an Officer

A charge of fleeing or attempting to elude a police officer applies when the defendant, after receiving a signal from a police car that the defendant should pull over, such as by the police car flashing its lights or sounding its sirens, increases his or her driving speed in an attempt to flee.  Unless the defendant drove away at a recklessly high speed or caused an accident in the course of the chase, fleeing or attempting to elude an officer is a second-degree misdemeanor.  It is punishable by fines of up to $500, as well as one year of driver’s license suspension.

When people flee from the police, it is usually because they fear what will happen if the police catch them, namely that they will get a harsh sentence for a minor offense.  That fear is understandable, which is why it is important to have a defense lawyer ensure that you are treated fairly.  Consider also that, if the only crime with which the authorities could reasonably charge you is drug possession, and if you do not have a prior criminal record, you could be eligible for pretrial drug diversion, which could lead to your drug possession charges being dropped.

Police arrested Jerry Glynn Lee of Goldsboro for fleeing and attempting to elude an officer, as well as a laundry list of drug charges, after a traffic stop.  Lee first drove away when he heard the police sirens.  He eventually crashed his car and fled on foot.  Police only caught up to him after two unsuccessful attempts to immobilize him with a Taser.  As he ran away, Lee reportedly told police that he had nothing to lose.

You have a lot to lose, whether you realize it or not.  It is worthwhile to fight your case or seek a plea deal.  Contact Pittsburgh drug crimes attorney Gary E. Gerson about your drug possession case.

By Gary E. Gerson | Posted on May 6, 2020
« Not Only Driving While Intoxicated, but Even Walking While Intoxicated Can Be a Crime If a Child Is with You
Westmoreland County Doctor Convicted of Four Counts of Drug Distribution but Acquitted of Other Charges »