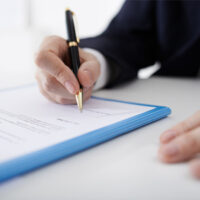 The Eighth Amendment to the United States Constitution protects people convicted of crimes against cruel and unusual punishment, but it does not define cruel and unusual punishment in any detail.  While long prison sentences, even for non-violent crimes, are hardly unusual in Pennsylvania and other states, some of the justifications for imposing these sentences are certainly cruel, as are the conditions that defendants endure in jails and prisons before and after receiving their sentences.  Of course, compassion for defendants and respect for their human rights is not the only motive for prison reform.  Warehousing people in prisons for years at a time is a financial drain on taxpayers, while costing the inmates themselves years they could otherwise have spent being gainfully employed and depriving their family members a source of emotional and financial support.  A new executive order by President Joe Biden aims to address the issue of mass incarceration, but in practice, it will only make a small dent in a huge, system-wide problem.  Even if private prisons become a thing of the past, you will still need a Pittsburgh criminal defense lawyer if you are facing federal charges.

Are Private Prisons Worse Than Public Ones?  Is Probation Any Better?

Getting sentenced to prison is devastating, but finding out that the prison where you will be locked away for years is owned by a private corporation, that shareholders make money off of your suffering, only adds insult to injury.  The percentage of privately owned prisons is relatively small, but private prisons are famous for their brutality.  Of course, given the choice between being incarcerated in a private prison or a public one, most people would choose not to go to prison at all.  There has been enough public criticism of mass incarceration as unnecessarily cruel and costly that many jurisdictions have relied increasingly on other systems of supervision, such as probation, ankle bracelet monitors, and house arrest, but these tend to be a pipeline to prison.  These prison in all but name sentences often come with the threat of a real prison sentence if the defendant violates the terms of the sentence, so the defendants often end up spending even longer in the penal system than if they had simply served their original sentence in a prison.

Less than a week after his inauguration, President Biden signed an executive order commanding the Department of Justice not to renew any contracts with private prisons and not to sign any new contracts with them.  During his presidency, Barack Obama had taken a similar action, but Donald Trump encouraged reliance on private prisons.  Biden’s executive order applies only to federal prisons; fewer than 10 percent of inmates in federal prisons are incarcerated in privately owned institutions.  State governments are free to make their own decisions about contracts with private state prisons.

Some advocates of criminal justice reform say that the executive order will not be effective at reducing the prison population.  John Pfaff of Fordham University School of Law says that the executive order will not shorten anyone’s prison sentence; when the private prisons close, the inmates will simply be moved to taxpayer-funded penitentiaries.  Micah Herskind of the Southern Center for Human Rights says that meaningful reform of the criminal justice system also requires ending federal criminal charges for drug offenses, commuting sentences longer than 20 years, and funding community-based policing initiatives.

Felony offenses are punishable by incarceration in state or federal prison; a Pittsburgh drug crimes lawyer can help you avoid this fate.  Contact the law offices of Gary E. Gerson about your case.