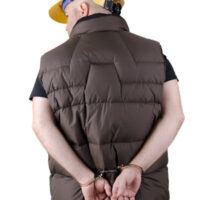 When you are trying to find a contractor to make repairs to your house or condo, you probably research the contractor’s reputation online before you contact them.  Disgruntled customers tend not to be shy about voicing their opinions in online reviews, and if they wrote the reviews in anger, then the contractor’s work or attitude probably wasn’t nearly as bad as the angry customers say it was.  Some of the really nasty reviews might even have been planted by rival business owners trying to make their competitors look bad.  It is not a crime to not be very good at your job, but it is against the law for home contractors to knowingly make false statements that cause their customers financial losses; this is known as home contractor fraud.  If you are a home contractor facing criminal charges after a customer complained to police about you, contact a Pennsylvania financial crimes defense lawyer.

How Bad Does a Home Contractor Have to Be to Get Criminal Charges?

Even with the best intentions, the construction and repairs done by home contractors sometimes fail quickly.  In the best-case scenario, you can just notify the contractor, and they will correct their mistakes at no additional charge to you.  If the contractor does not do the work they promised or does not fix their mistakes, you have plenty of remedies that don’t involve the criminal courts, such as filing a complaint with the Better Business Bureau or filing a civil lawsuit seeking damages for the financial losses you suffered because of the contractor’s negligence.  The contractor’s actions are only a crime if the contractor defrauded you (such as by showing you a fake license or fake proof of insurance) or stole from you (such as by accepting advance payment for work but not doing the work).

In December 2020, a North Wales woman hired Ron Williams as a contractor to repair water damage in her kitchen.  During Williams’ initial visit to her house, she paid him a $200 deposit from her cash jar.  Williams returned the next day and told the woman that he would need to complete the work in stages.  This made the woman change her mind about hiring him, and she asked for her deposit back.  Williams said he would return the deposit, but the woman never heard from him again, and he did not respond to her calls and text messages.  When she realized that he had also taken her cash jar, which contained $300 after she paid the deposit, she called the police.  The North Wales Police issued an arrest warrant for Williams for theft by deception and receiving stolen property; it is believed that he similarly stole from at least six other prospective clients.

A Pittsburgh identity theft lawyer can help you if you are facing criminal charges for defrauding clients of your small business.  Contact the law offices of Gary E. Gerson for help today.